That Liam Horse - Chapter Four - Liam gets a big brother

My three weeks of recovery was….books. A lot of reading. I was trying to give myself a crash course on horses. Not only to make my work life better but to show the owners I could care for the Liam horse.


I read up on everything from how to care for them and treat them to how to ride them in the discipline that the stables specialized in. 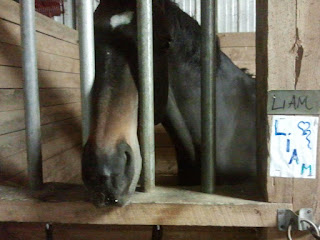 I would set up a chair outside his stall and just stay.
I above anything else just enjoyed his company.

It was four weeks total before I could get back to work full time. The Liam horse and I seemed to pick up right where we left off.


He was entered into a sort of racehorse big brother program. He was partnered up with another off the track thoroughbred whose reputation proceeded him..... 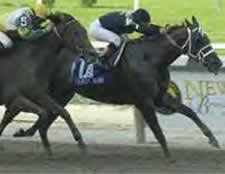 Stalwart Member (Stally) shown in the lead of course was going to be Liam's big brother. Stally retired as one of the state's top New York bred earners with earning in excess of $780,000. Stally had a troubled life as well. He was given another chance at life and was loved immensely by the woman who owned and boarded him at the stables.

Before we get too far.....please take the time to click on Stally and read a little about the horse that would help shape Liam into the horse he is today.....STALLY

In the barn that I was responsible for taking care of......I only knew Stally as the "Protector" I learned after only one short week that life as a stable hand/stall mucker would go a lot smoother if I put this big brown horse out first. I wasn't too sure why. I really had no concept of what the horses were thinking. But my days only got better after realizing this fact.

Once I turned Stally out in the pasture he would turn and face the gate and watch me walk all the other horses out. They would all call to him as they all entered their separate paddocks and he would only low grumble and watch the back woods and up towards the road.....and the back woods again. The other horses would go about their horsie paddock business while Stally the Protector stood watch for the last horse and then a little longer....then he would start grazing.

I noticed that when these big creatures would spook.....they would run and it was a chain reaction. Almost every paddock could see the back woods and in the mind of the horses the deer that would graze along the woodline.....were not only vicious creatures with sharp pointy teeth......but they also had a taste for horse blood......sigh.

It only took one deer........half the size of the smallest horse to start the running cycle.
The horses would then look to the lead horse to find out if the threat was gone and....should I stop running???????

Stally was that horse for me. Little by little I realized as long as the big brown horse was standing guard the mares and gelding had nothing to fear.

I would go to the upper barn and grab the Liam horse so he could go out with the big brown horse.

Their relationship was very odd. Once all the lessons were done for the day I'd put them in the indoor arena or back outside so they could do horse things.

The big brown horse was always patient with the Liam horse....but I quickly dubbed them the Bruiser Brothers. 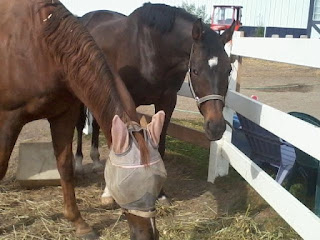 They were always getting into something. 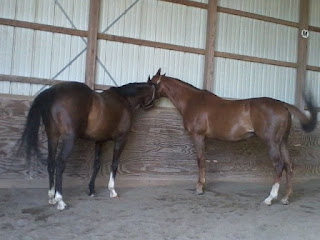 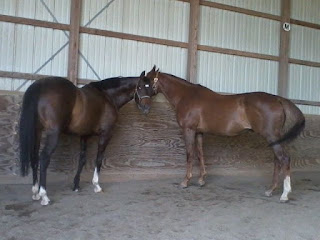 The other one wanted to know what was so tasty


They would take turns being the instigator....
Halter tag was the name of the game..... 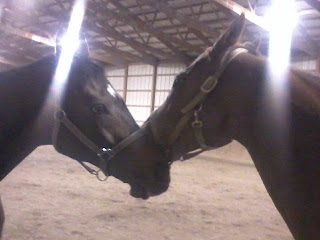 First one to let go is the loser 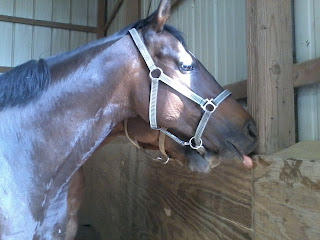 Poor Stally only wanted to groom Liam and.....well Liam didn't understand the concept and would just end up biting Stally. 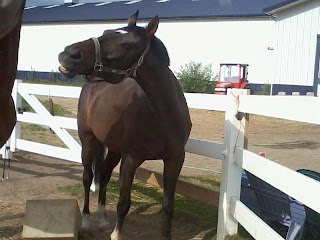 Late at night my roommate would setup an obstacle course purely created to be destroyed......... 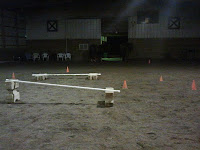 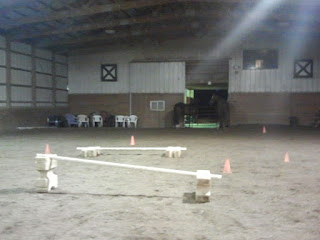 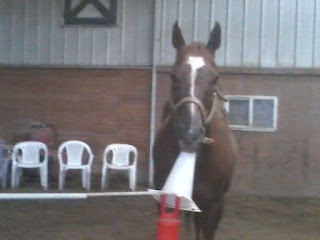 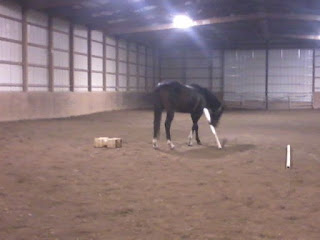 Liam was partial to the poles 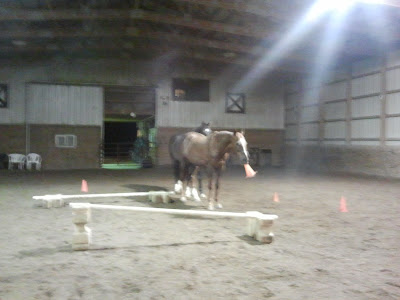 It was a match made in heaven. 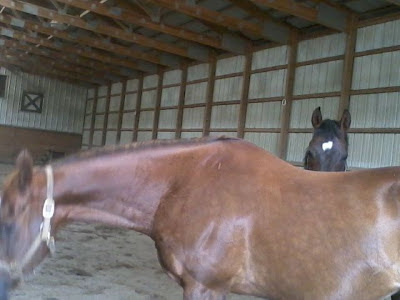 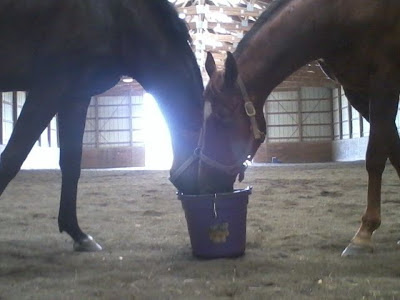 Stally looked after the Liam horse. You could only assume that they were having deep spiritual and theological discussions at times. Those times were often followed up by running buck farts that the other one had to try and top which would make laughter uncontrollable.

The horse can be taken out of the race......but the race is never taken out of the horse. If one ran.....it was on. They would go laps around the outdoor arena that would only make you stand back in pure amazement. I had never seen the Liam horse move like that.......

It was in these moments that life seemed perfect.

Liam's young rider would ride him a couple times a week. She was always very good to me and came and found wherever I was working to tell me so I could watch. I was so very proud/happy/sad......

Two more weeks went by and then I was hit with another blow......